A Career In Agricultural Science: Few Things You Should Know 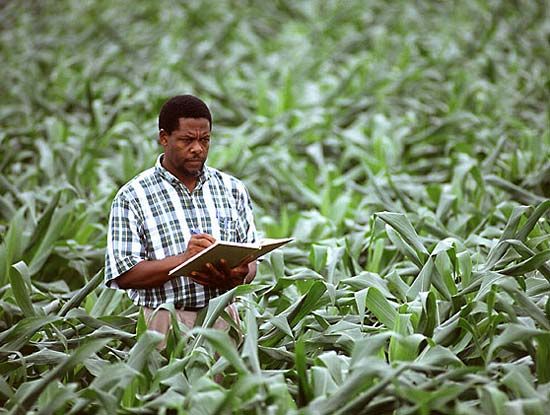 What does a food scientist do?

Food scientists make sure that the supply of food does not run out. Food scientists’ main job is to study farming and cultivation techniques so that the quality of the crops, along with its quantity can be improved. They also deal with soil conservation which also ensures that there are sufficient amounts of nutrients present in the soil. They also deal with the process of manufacturing of food products that can be consumed from crops or other animal products.

It is not just enough to know about the prospects the field offers, you must also know the details of ICAR Hyderabad or AIEEA UG Exam.

What’s happening in the world of agricultural science?

Agricultural science has, in the past couple of decades, gained more and more attention for a variety of reasons. One of them is the production of ethanol, which is a biofuel. Due to mining or similar other pollution causing agents arable lands get damaged.

The discipline of agricultural science also deals with treating those damaged lands in such a way that they can be fit for cultivation again. This particular field of study is termed as environmental remediation. The discipline of agricultural science has also been revolutionized by the coming of nanotechnology. Efforts are directed at increasing the amount of food production and pest control. This has resulted in increasing the scope of research and development and invention of newer fertilizers and foodstuffs.

What you’ll be doing as a food scientist

If you want to work in research or think about Agricultural Sciences Admission, you’ll have to get a master’s degree otherwise, for working in the field of agricultural science, a bachelor’s degree will suffice. Know about ICAR Hyderabador AIEEA UG exam from reliable sources.

If You Want to Earn More Income ...