Learning any new language requires perseverance and dedication. Mistakes are a natural part of the learning process, so you should not be discouraged when they occur. The key is to take note of the missteps and use that knowledge to steer clear of making the same ones in the future. As you progress in your Korean language school, you’ll come across a few rookie mistakes. And if you know what common mistakes people make when learning Korean, you can make rapid progress.

You may be able to avoid making errors on your own. Your Korean language skills will advance rapidly, and you will soon be able to converse with native Korean speakers. Continue reading to learn how to avoid making these common mistakes in your Korean conversations and shave some time off your study schedule.

#1. Not listening to enough Korean

In a Korean class, most Korean language learners are accustomed to learning from a book, which can be a mistake if you do not listen to the words enough. The pronunciation of Hangul can vary depending on how it is in a sentence. It suggests that if you are not listening as much as you are reading the words, you will experience a great deal of confusion.

When you hear a Korean sentence, you visualise the Hangul characters, read them, and determine the meaning of the words before you can comprehend them. But when reading a book, you find the meaning of the words and understand their meaning without knowing their actual pronunciation. Therefore, it is recommended to listen to the language more than read it.

In addition to listening, it is essential to practise speaking Korean. Learning to read only the Hangul characters is insufficient. If you only learn Korean vocabulary in Singapore to store in your memory and not to communicate, then you have defeated the entire purpose of learning the language. And if you don’t know anyone who speaks Korean in person, you can find language students or native speakers willing to talk on Skype or other video-conferencing platforms.

#3. Rely too much on romanisation

When confronted with unfamiliar Korean characters, various beginners panic and resort to romanisation to decipher the words. While romanisation can be advantageous when learning specific languages, it has the opposite effect when learning Korean.

Romanisation does not accurately represent the sounds that Korean words and phrases produce. And it is preferable to learn the correct Korean pronunciation rather than relying on romanisation. It is because Korean consonants are typically pronounced more abruptly than English consonants. The tongue is also placed differently between Korean and English speech. Therefore, romanisation cannot replicate the correct pronunciation of a Korean word. And hence, it is prudent to master Hangul as quickly as possible and avoid romanisation when you learn Korean.

The pronunciation of Korean is difficult. It employs sounds that are similar to but distinct from English. To communicate in Korean effectively, you must know and comprehend Korean pronunciation. Practising with a native Korean speaker is the most effective method to learn Korean.

Respect for one’s elders is an essential Korean virtue. As a result, they emphasise the proper use of honorifics when addressing their superiors. Depending on the situation, using the incorrect level of politeness can put you in an awkward position.

It can be difficult for a novice to fully comprehend the various honorifics in advanced Korean lessons, as they vary based on a person’s age or position of authority. Using the wrong honorific when addressing someone can make you appear impolite, even if you have no intention of offending.

Another frequent error when taking Korean lessons involves word order. If you use any translation app, your sentence will be translated directly from English to Korean. However, the result is frequently incorrect. Why? There is one fundamental difference between English and Korean: the word order in each language is different. The typical sentence structure in Korean is subject + object + verb. It is the opposite of the English word order, which generally follows the subject + verb + object pattern.

It can be simple to identify non-native Korean speakers because they frequently overuse pronouns. People use pronouns when speaking and writing in English because the language is structured accordingly. Therefore, when people write in a language with which they are less familiar, they subconsciously transfer this habit. Nonetheless, the Korean language can function without the use of pronouns. When discussing someone or something in Korean class, it is sufficient to identify them as the topic to clarify a subject. You may disregard any remaining pronouns until you switch to a different lesson. 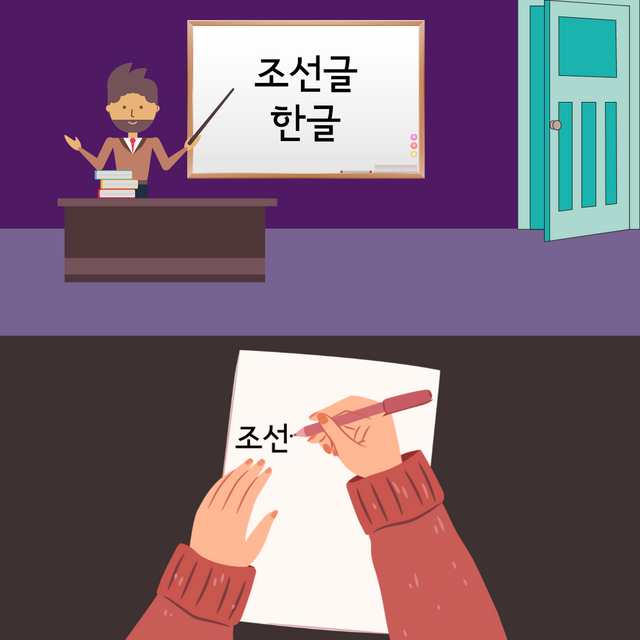 #8. Use the incorrect numbering system

#9. Learn Korean on your own

Learning Korean or any other language on your own is an enormous mistake. Language is a tool for communication, and speaking is crucial for communication. Moreover, one of the most common errors made by language learners is focusing solely on grammar. Grammar is essential, but it is a rare discussion in everyday conversation. Therefore, you must speak aloud with native Korean friends or teachers. Not only will talking out loud improve your language skills, but it will also boost your confidence as you begin your Korean language journey.

Exercise makes perfect! And if you can practiseKorean in class with native Korean friends, you will achieve fluency more quickly. Alternatively, you can find language exchanges online for free. So if you can afford online courses, you can schedule lessons with your tutors for more personalised practice.

If you want to learn Korean in Singapore, visit ONLYOU Korean Language School!

Why Should Your Child Enrol in an ...

Methods for Organizing Your Busy Home